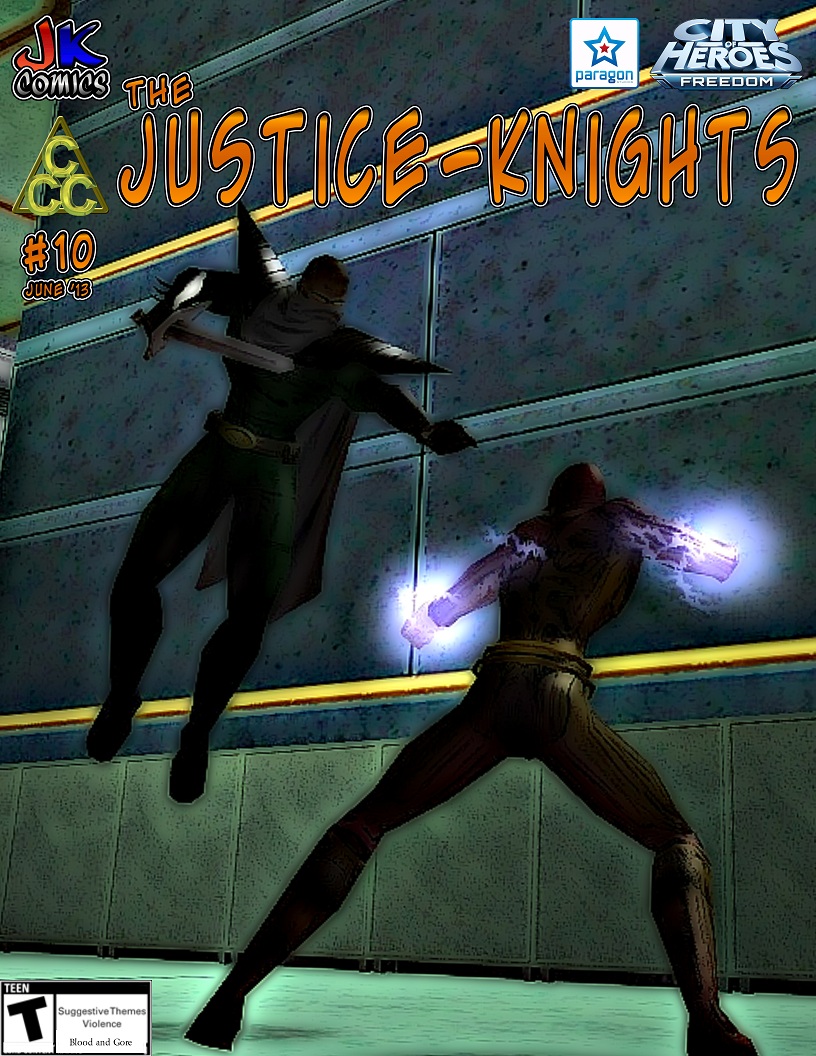 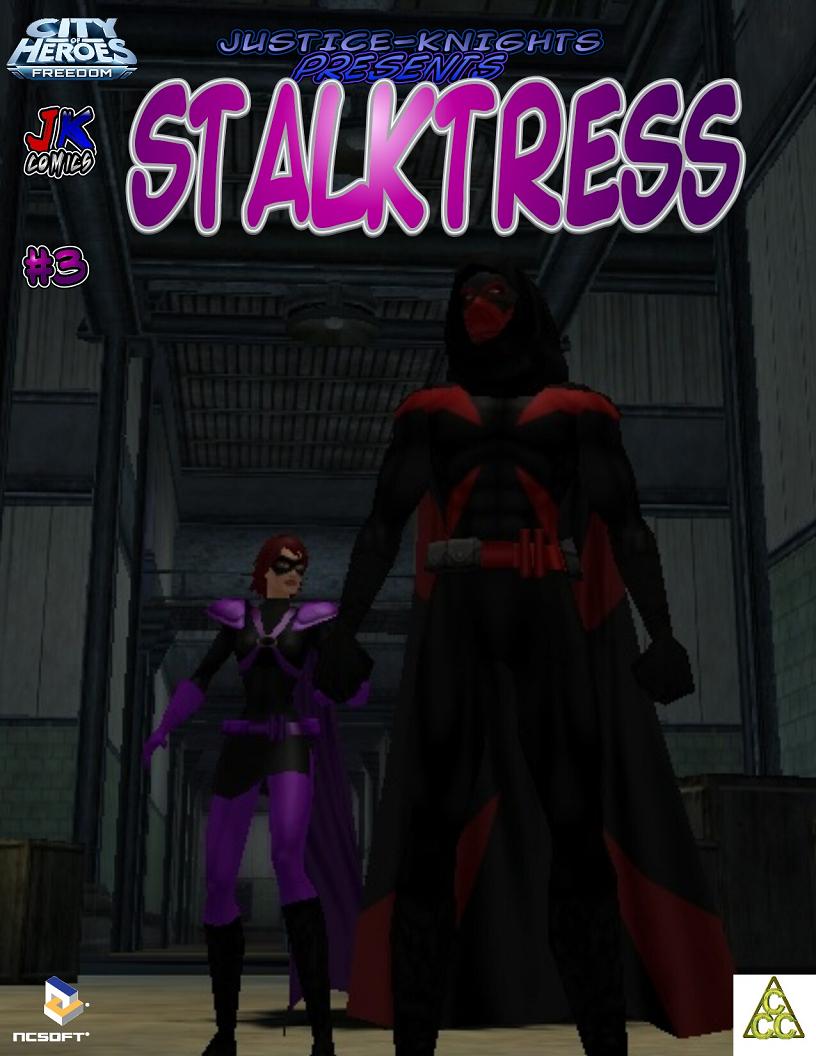 Not sure where to begin? Try out issue 10 and on!

Sometimes the game doesn't have it.

So it requires some photo editing and skilled artists to step in. Check out some of their work highlighted here!

I’ve just become aware of several issues with this site, as well as the MMO Comic Index going down. Both are being worked on. The information is still up, however a database error is preventing any further account log ins to work properly.

As for jkcomics.com, the Art page and SG page tabs have been removed. Art used a photobucket solution for displaying some of the custom art of the comics, but they have both changed to a pay only method, as well as removed this display feature. The art page will return once a replace display method has been selected. The SG page linked to a guildportal site, however guildportal was shut down some time ago. 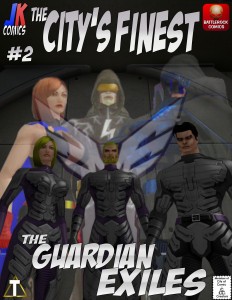 Battlerock Comic’s three heroes from another dimension have arrived on Primal Earth and are asked to help out the United Nations security team Vanguard on a secret mission that comes straight from the pages of JK Comics.

JK Comics has teamed up with Battlerock Comics on an issue of City’s Finest. All is about done, but we can’t decide on a cover, so we are asking on our reader’s opinion. Please head over to Battlerock Comics, via the link, and vote for your prefered cover for the upcoming City’s Finest #2, coming soon!

The new site should provide a more up to date site that is easier to maintain and aesthetically pleasing. Not all features are currently working but they will shortly. Below are all posts from the previous site and all future releases will be their own post. More to follow.

The Justice-Knights issue 12 is now live! 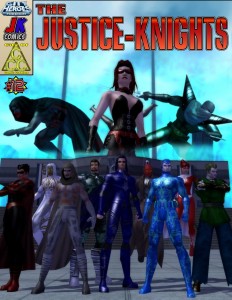 Under threat of being killed by their own planet’s security forces, Lady Inferus and Dr. Frostburg find themselves trapped, surrounded and hunted all at the same time. Meanwhile the other Justice-Knights, lead by Dark Synaspe, confront the malicious tycoon Mr. Cyril. Prepare for the other side of the downward spiral.-5/12/14

The Justice-Knights issue 11 is now live! 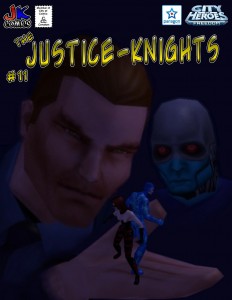 Rumor has it that CyCorp is about to make the deal of the decade and that doesn’t sit right with some. While most of the Justice-Knights suffer from a communication blackout, Lady Inferus and Dr. Frostburg find themselves on a sinking deathtrap.-8/03/13 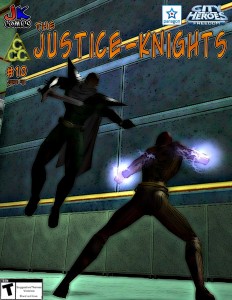 Still healing from their encounter with Obedience, the Justice-Knights are barely holding together as members quit left and right. It is at this time of vulnerability that an old enemy in a new form decides to strike. -6/05/13 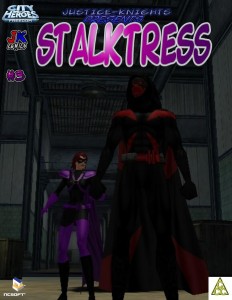 Sin Stalker continues to investigate the distribution of the dangerous drug hyperdine while training his new sidekick, Stalktress. Starting at the bottom and working their way up, Stalktress stumbles onto an echo from her past! -8/28/12 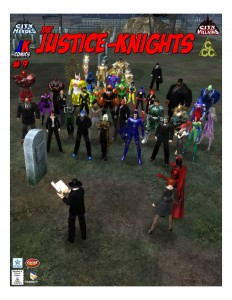 The end of the first multi-issue story arc is finally here! The Justice-Knights are finally together and they have a plan, but will it be enough? With Obedience’s true power yet to be unlocked, can the Knights save the day or will more suffer? Find out. -7/2/12 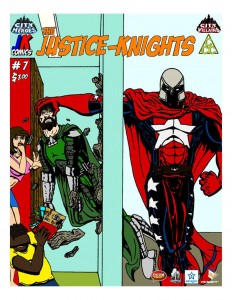 The fifth part of the first multi-issue story arch, Like Statesman’s Call several years earlier, Manticore’s Call goes out to the public; asking all citizens and heroes to rally against the evil Cyril Corporation and the Justice-Knights. The stakes continue to increase against the heroes of our story. 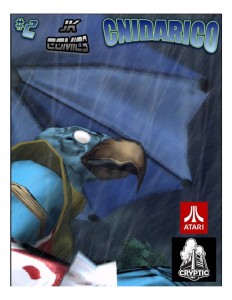 Cnidarico is a comic created solely by Aaron Nellis. The second issue, A Rainy Day, follows a simple encounter Cnidarico has with a citizen of Millennium City that causes a chain of events to create one of Cnidarico’s, and the city’s greatest enemies. 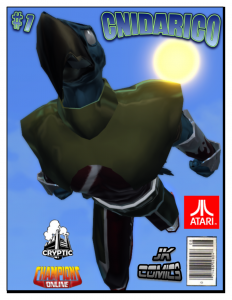 Cnidarico is a comic created solely by Aaron Nellis. It stars the bird headed hero Cnidarico as he struggles with being a hero in a world full of humans.

The first issue, Migration, follows the Avian hero as he just begins to feel comfortable among humans. His simple day is interrupted by an enemy from his past. 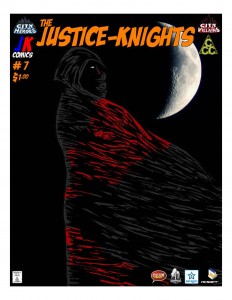 The fourth part of the first multi issue story arch continues as our heroes struggle to survive and find help. Find out the connection between CyCorp and the strange actions of Manticore! Know if this truly is Manticore or a fake! The end is nigh! 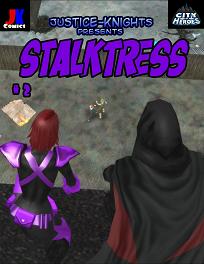 Stalktress is a mini-length ongoing comic series following the
progression of Sin Stalker’s newest sidekick, Stalktress. Haunted by a horror filled past, will she become the hero Sin Stalker thinks she can become or will she descend into her own private hell of vengeance and despair? The first two issues are now live. 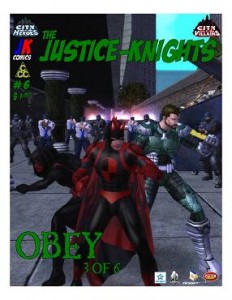 The third part of the first multi issue story arch continues as our heroes struggle to survive and find help. Will they find the assistance they need or is a city filled with heroes that are turning against them going to be their final downfall?